Black magic, is it for real?
Skip to content

We’ve seen nasty witches cast spells on innocent Disney princesses. We’ve seen Harry Potter stab Tom Riddle’s diary to take his life. But what if someone told you, it was real? There are people who actually practice black magic, cast spells and believe that when they perform a ritual with strong faith they can even take lives. Wow. That’s got our attention. We did some research and tried to find out, does black magic really exist? Here’s our story.

What is Black Magic?

Black magic is the opposite of making a miracle happen (Also called white magic). Miracles happen when someone places his or her faith in the universe and performs rituals for something positive to happen. Whereas black magic occurs when someone places the same strong faith in the universe and uses its energy to make something negative happen. Using magic for your selfish needs or to bring harm to others, that’s black magic.

How is Black Magic performed? 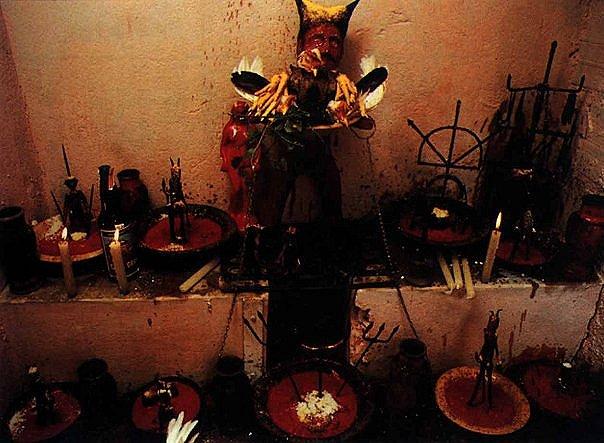 Black Magic, witchcraft and talking to the dead can be traced to as early as the primitive age. It is performed by using man-made or organic objects like candles, herbs, crystals, charms, hair strands and personal belongings of the victim to interact with the energies around us and the spirits of the dead. You repeat hymns or powerful words, concentrate really hard, and visualize the outcome of your activity like actually seeing that person suffer the pain. Draw circles while following a particular pattern and stand or sit in that circle as you start to call out to the spirits. Casting spells with black magic will have methods that change with each situation. Sometimes working up a concoction and making the victim consume it unknowingly is the most common route that these followers of the satanists take.

People who fail to realize their dreams through any human efforts, resort to using supernatural energies. Satanists or followers of the evil perform black magic as routine rituals. Sometimes church priests or temple priests also perform magic to protect their people or ward off evil outcomes of black magic performed by others. So counter-black magic is also, well, black magic.

Here are 4 most common reasons why people use black magic:

Has someone done black magic on you? 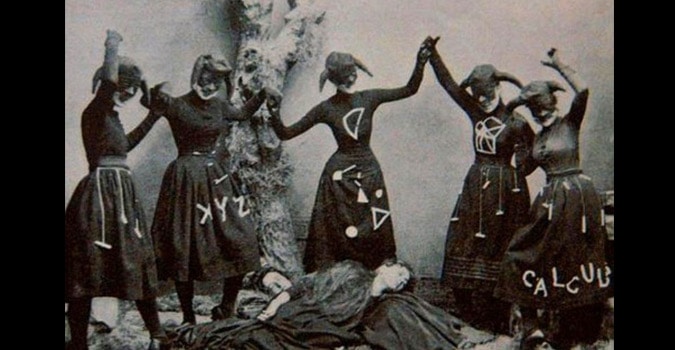 The following are the symptoms of black magic:

Going by millions of people around the world who believe in the world of spirits and energies, black magic is real. ‘And if you believe in God, it’s because of the devil’, and if miracles can happen then why can’t black magic occur too? Here are some reasons that support the existence of black magic:

Reiki is a form of natural healing in which waves are transmitted through the hands of the practitioner and these waves work on the injury or scars of the patient and heal them from within. Its an exchange of energy, so powerful, that it can make you healthier. Is that really possible? If you’d know the number of reiki practitioners and the miraculous recoveries made by thousands of people around the world through reiki, then you wouldn’t even think twice. So if reiki is really all about moving positive energy around, then why can’t negative energy be used for black magic? Hmmm. Interesting, eh?

So Yoga in the modern world is never performed without the word ‘Om’. Due to it’s sonic waves and the way we use our vocal chords to say ‘om’, it is the most relaxing sound that exists in our universe. There are hymns that are chanted to bring peace, to bring rain, to stop war, to end famine, to pray. These hymns are just words of faith with sonic waves that are super powerful. But is it possible? Do you know the Gayatri Mantra chanted by the Hindus can make you focus on whatever you are doing better and find true inner peace anywhere? Did you know that ‘Te, splendor et virtus’, a hymn to Saint Michael, the Archangel can actually send spirits back to their world? Apparently all this exists and people narrate these hymns all over the world, sometime or the other. If they can really bring about things for them, then they can do the reverse too, can’t they? The hymns can take things away from them.

Meditation is the art of using one’s own energy to create an aura of goodness around you and bring you at peace with yourself and the world. They say if you meditate real hard, you can transport your subconscious self to any part of the world and experience things as if you were there in reality. Meditation can be very powerful and healing. So if meditation can be used for positive reasons, can’t it be used to pull off some harmful plans too?

There are instances when we feel cold for no reason like a chill down the spine, perpetually in particular spot or a particular time. Sometimes, you have the feeling you’re being watched. And there is no dearth of real stories of ghost sightings or supernatural activities. So if these really exist, then how can we even think for a second that black magic is fake? After all, black magic is also just using these energies to make things happen. It basically means communicating with the spirits.

If you are interested in reading more about real haunted places, read about the most haunted place on earth, Poveglia or 5 real life ghost busters who do paranormal investigations for a living.

In summary, black magic is a science in which its practitioners study forces and energies and their fusion to create desired outcomes. They believe that natural elements can be used to make or break living things. And we think if you have to be Halloweeny and look your scary best, play pranks on others, celebrate being over-the-top with drama, then you have got to believe in black magic…coz we, the spook loving Canadians, live life Halloween style! We don’t want black magic harming anyone, but we do want to be witchy and let loose flying monkeys at all the annoying things in the world.

What do you think? Does black magic really exist? Have you ever experienced it yourself? Please share your experiences with us. We love everything supernatural!