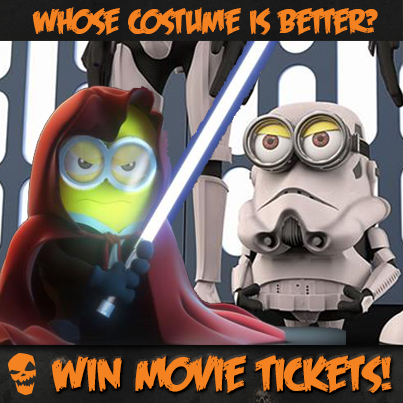 Boy, was this a hard one. How could you resist a lightsaber-wielding master of The Force? Apparently with a hilarious, stubby Stormtrooper outfit! The comments were split pretty evenly, but we could see that the humble Stormtrooper trudged his way to victory in the end! 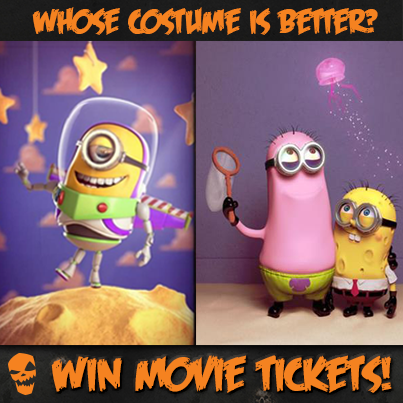 OK, this maybe wasn’t fair as a two-on-one battle. But the comments made a point. Tim is just way too cute in a Patrick costume! Maybe it was the pink makeup. Or the props. Or even the jellyfish in the background. Either way, Buzz just couldn’t fly high enough to catch up to Spongebob and Patrick in terms of the votes. 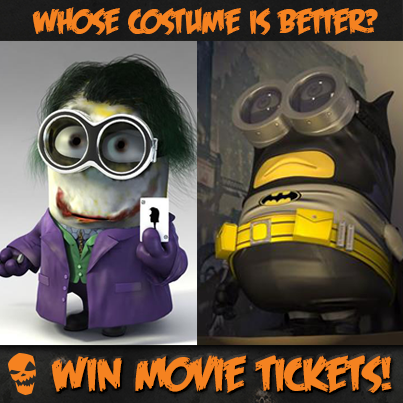 Joker wins this one by a landslide. Who could resist the Crown Prince of Crime? The comments ranged from “Joker is scarier” or “Joker is too cool” to simply “Joker.” Enough said, Joker is a fan favourite when it comes to Halloween costumes! 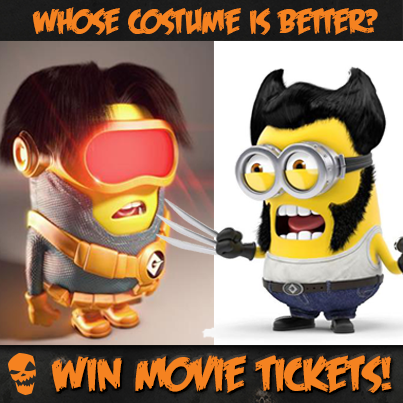 Ah, the classic “Cyclops vs. Wolverine” debate. Sorry, Cyclops, but this round goes to Wolverine! Our fans loved the sideburns, the flair, and the primal fury emanating from the famed berserker. Banana? BANANAAAA!

And there you have it – the winning Minions of our Minions Costume Giveaway. But wait! We have a winner of our own! Chris Monteith is the lucky recipient of $30 in movie tickets to see Minions or any other movie playing in Canada! Thanks for participating in our giveaway, everyone! 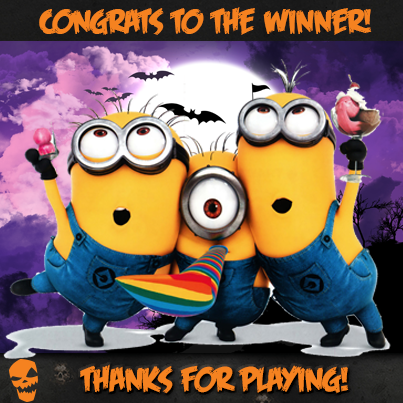 If you’d like to win a prize of your own, keep your eyes peeled for a contest coming out later this week. We’re giving away $100 in costume credit to celebrate the fact that we’re 100 days away from Halloween! Stay tuned for our next blog post to earn a chance to win!