Whether it’s prancing around in a T-Rex costume, or scowling menacingly in a Batman costume, dads always got our backs on Halloween. Sometimes literally! 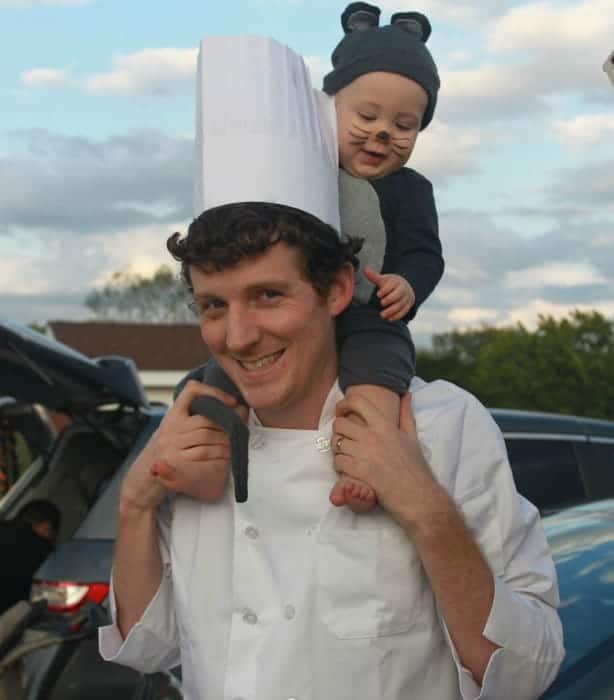 This Father’s Day, we’re taking a bow and giving credit where credit’s due. Hats off to the dads who help make Halloween fun for all!

In typical Halloween fashion, we’re putting the spotlight on the classic dad costumes that make it to the top of our list on what makes a cool dad on Halloween: 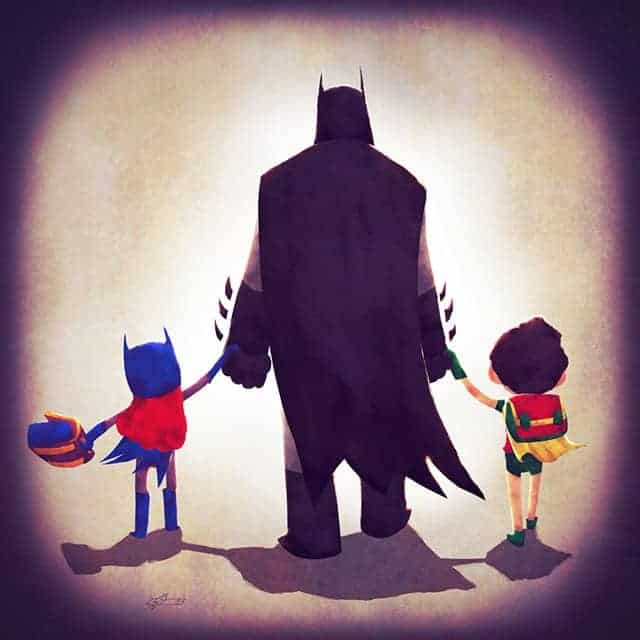 “My dad is a superhero!”

These are the words every kid wants to say to his friends. Thankfully, this comes true at least once a year when dad dons his cape and cowl, ready to save Halloween.

We’re fans of wearing costumes year-round, and it looks like BadDad thinks alike. Kudos to him: 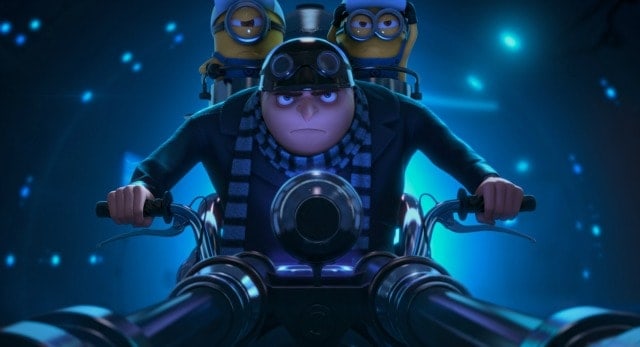 Despicable me brought us the ever-popular Minions costume, but who could forget the adorable father figure that led them? Yes, Gru is pretty much the modern dad – suave and witty on the outside, soft and caring on the inside.

Gru makes for the perfect dad costume when your little ones are running around as Minions. And trust us – they’re a handful, just like Minions themselves!

Luke, I am your father

It’s all in the quote – Darth Vader is one of the most famous dads in movie history. And while he’s a menacing half-machine on the outside, he’s actually a caring father on the inside (no Star Wars spoilers, here!)

Darth Vader is always an adorable dad costume for Halloween, especially if your children are fellow Jedi or Sith.

You know what? Cool dads are winners. Both figuratively, and literally!

Winners and runner-ups for our last two Halloween Costume contests have included family pictures, with daddy at the centre of ‘em!

Just check out the Minion Family, winners for our 2016 Halloween Costume contest: 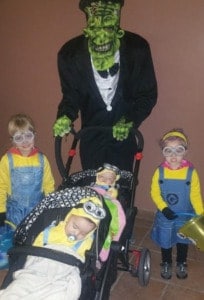 He’s not Gru, but this Franken-daddy is just as good at taking care of his little minions.

And don’t forget Nancy’s Incredible Family from our 2015 costume contest: 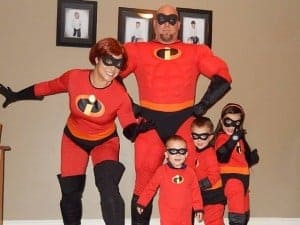 This daddy was really Incredible, wouldn’t you think?

Oh, we’ll stop it with the dad puns. What’s your favourite Halloween memory with good ol’ dad? It could be a costume, an event, or even a punny story that your dad told you. Tell us on Facebook! We’re always glad to see your pictures and stories of dad costumes during Halloween.